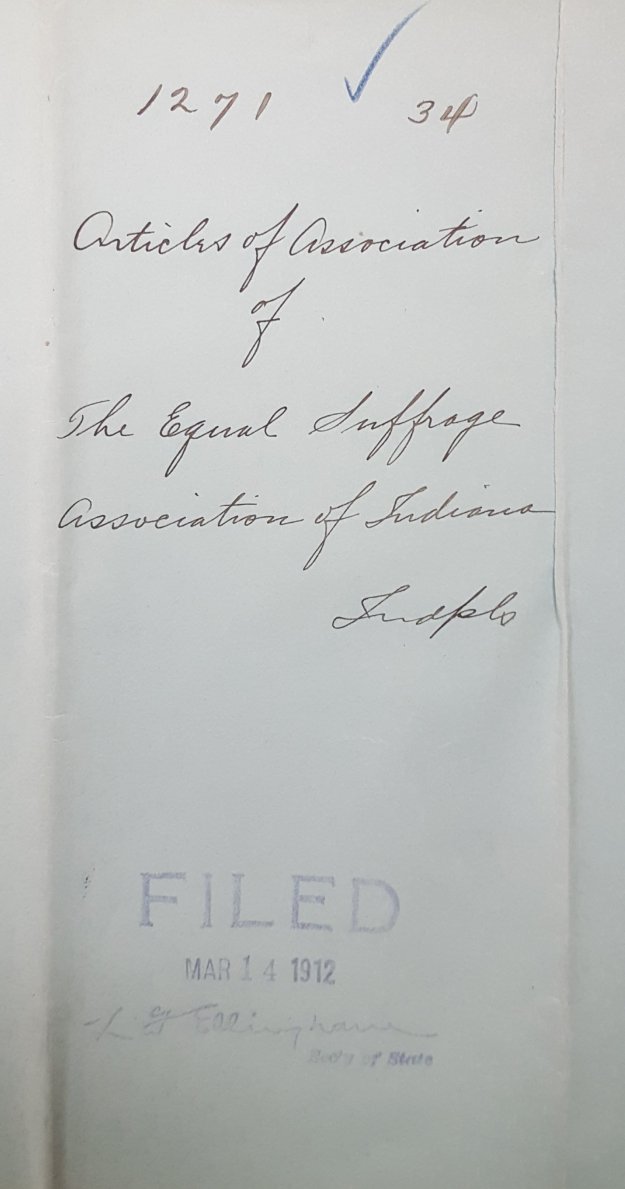 The Equal Suffrage Association of Indiana was incorporated on March 14, 1912. Its objective was “To advance the industrial and legal rights and political education of men and women, and to secure equal suffrage to them by appropriate state and national legislation; to organize and direct Branch associations and to create a public sentiment in favor of the rights of all people.” 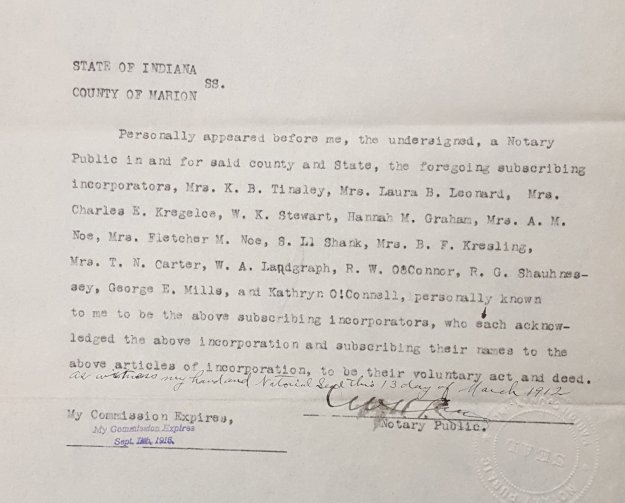 The Directors were: 1)Dr. Hanna M. Graham – President, she was born in 1874 at Tuscola, Illinois, of British immigrant parents. She graduated from the Medical School Central College in Indianapolis, IN in 1897, and specialized in the treatment of diseases of women and children from 1897 to 1929. Her home was at 2233 North Meridian St. In 1914 she organized the Indianapolis Women Physicians’ Club, an organization of twenty-five women physicians whose goal was to establish a children’s hospital in Indianapolis. This was about two years before the Riley Memorial Association was formed by prominent Indianapolis citizens for the formation of the Riley Children’s Hospital which opened in 1924. Dr. Graham passed away in 1929. 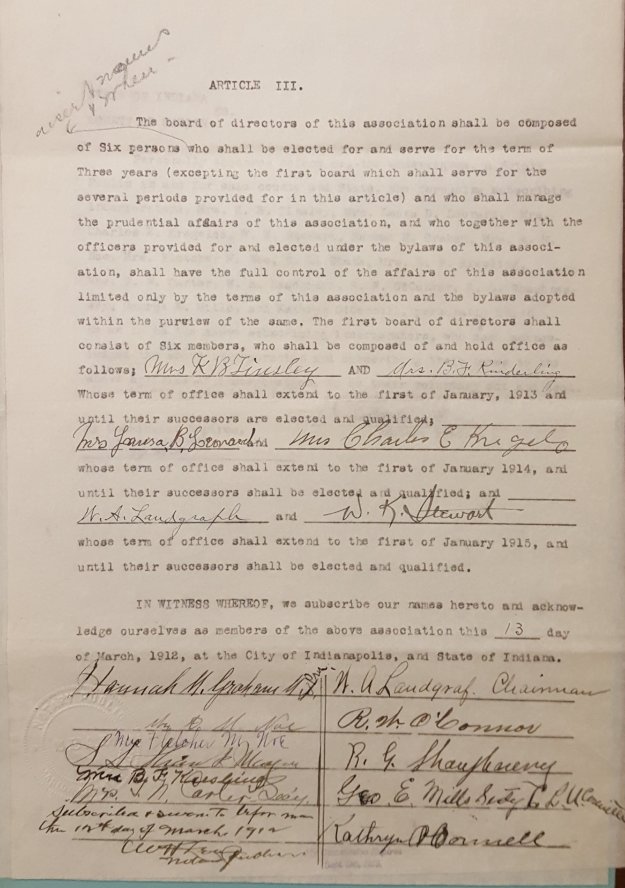 Its interesting that about this time Mayor Shank, a signer of this incorporation, was asked to appoint a woman as Mayor for one day, and he chose his wife, Sarah. An article in the Indianapolis Star on October 11, 1910, stated that Dr. Amelia Keller was President of the Equal Suffrage Association.( Dr. Keller later became President of the Women’s Franchise League of Indiana in 1911.) The Association was to meet during the spring and summer on the second Monday of each month, and Dr. Hannah Graham would send out postal cards “for the purpose of gaining membership to the Suffrage Association.” Women gained the right to vote in Indiana in January 16 1920, when the Indiana Legislature ratified the 19th Amendment to the U.S. Constitution.